The Roman festival of Bacchus, usually referred to as the Bacchanalia, was a series of feast days held in honor of Bacchus. This Roman god of wine, ecstasy, freedom, fruitfulness, and vegetation was always up for a party.

His Greek equivalent was Dionysus and preceded him by several hundred years. The priests of Bacchus were women, men being forbidden from the priesthood by an old decree called the Senatus Consultum de Bacchanalibus.

The god was thought to possess his followers during the rituals and free them of their inhibitions and the shackles of social rules and norms. It involved dancing, music, and free sexual activity.

The Bacchanalia were very popular, and there is evidence that they were well-organized events that took place throughout Italy. People saw the festival as an opportunity to throw off the shackles and inhibitions of everyday life in joyful and often inebriated celebrations.

The History Of The Festival Of Bacchus

When the Romans conquered Greece, they brought many Greek customs and beliefs into Roman culture. The Dionysian Mysteries were rituals that are believed to have used intoxicants, entheogens, dance, and music to encourage attendees to shrug off social constraints and return to their natural primal state.

Everyone could participate, even if they were slaves, outlaws, or non-citizens, and there was a mystical element to them. As its name suggests, it was a Mystery religion reserved for initiates, but the festivals were open to the general public. The cult of Dionysus is ancient and believed to predate Greek civilization. It is thought that the intoxicants and the trance states during the rituals allowed the god to take possession of his followers and grant them ecstasy.

In the beginning, the wine, or sometimes Neolithic mead, combined with other herbs and entheogens, was traditionally consumed from a bull's horn. Some scholars believe that the cult first emerged around 6000 BC when people were learning how to make beer and wine. The Greek Eleusinian Mysteries and the Osirian Mysteries were parallels of the Dionysian ones.

The rites were usually held in the countryside and the mountains but sometimes in the Greek amphitheaters. Historians believe that they most likely arrived in Rome around 200 BC from Eretria and southern Italy. Bacchus is a deity of the harvest, and celebrations in his honor usually take place in early October. However, secret rituals were also held in March on the Roman Aventine Hill.

The Birth Of Bacchus

Bacchus is the son of the god Jupiter and a human woman called Semele. In true Jupiterian fashion, their union was illicit because the god was already married to Juno. The latter did not take kindly to the affair and tricked Semele into seeing Jupiter in his proper form.

Unfortunately, Semele was overwhelmed by seeing Jupiter's power, and she was blasted with his thunderbolts and burned to ashes. Bacchus was still in his mother's womb, so Jupiter took the fetus and sewed him into his thigh until he could be born. Hermes, Mercury to the Romans, took Bacchus to the maenads of Nysa, and they brought him up.

The Cult of Bacchus

The lavish rites in his honor were called orgia and won favor among the womenfolk, also called bacchantes. Men opposed them. Lycurgus of Thrace opposed Dionysus and became blind and mad. Pentheus in Thebes opposed him and was torn to pieces by his followers. In Athens, men were rendered impotent for dishonoring the cult of Dionysus.

The bacchantes were believed to have occult powers and superhuman strength when under the influence of their god. They also called him Bromios, which means Thunderer, and thought he incarnated in the bull they sacrificed to him. The cult of Bacchus was significant in art and literature, and Greek plays, tragedies, and comedies were performed as part of the festivals.

Bacchus wandered the earth sharing his secrets of winemaking with the women he met along the way. The consumption of wine has been a part of many rituals since ancient times. By the time of the Romans, viticulture was already an ancient practice with roots going back to ancient Iran and even China thousands of years prior.

The Mysteries of Bacchus

Items associated with him are the thyrsus, an ivy wreath, and a sizeable two-handled goblet called the kantharos. The thyrsus was a giant fennel stalk topped by a pine cone resembling a spear and twined with grapevine leaves or ivy. It is a symbol of prosperity, hedonism, and fertility. Celebrants drank wine from the kantharos during the rites.

In the dancing of the revelers, the thyrsus was tossed between them. But there was a deeper mystery associated with Bacchus, known only to initiates. The Greek philosopher Plato wrote, "For many, as they say in the mysteries, are the thyrsus bearers, but few are the mystics".

Some have speculated that the wine was more than just wine. It was laced with herbs and plants that contained entheogens. Anthropologists have discovered that throughout the world, entheogens (psychoactive substances) have been used for thousands of years. They cause altered states of consciousness, mood, and behavior and were used for religious, shamanic, or spiritual purposes.

Entheogens were only used in sacred contexts and not abused as they are today.

Very little is known of the rites of the Bacchanalia as the authorities of the time did not take kindly to them. What was written about them is mainly by outsiders who disapproved. Rulers maintained that they threatened the state, which is why the Roman Senate in 186 BC attempted to control them through legislation in 186 BC.

The Roman god of wine and fertility was originally called Liber Pater or the Free Father in Rome and was eventually assimilated into the cult of Bacchus. The word Liberalia was used to describe his festivities and the word Liber eventually became associated with Bacchus. There is evidence that the cult of Bacchus/Dionysus lasted for centuries before the Romans tried to exterminate it, and even after that, it continued in a less obvious fashion.

The Roman authorities saw the Bacchanalia as an excuse to break moral, civil, and religious law and ended up suppressing the cult throughout Italy. It arrested some seven thousand people, many of whom were executed. As a result of this persecution, the cult went into hiding and had to conduct its rituals in secret. People were forbidden from discussing what went on there.

Dionysus is the opposite of Apollo, the Roman god of reason, individualism, and intellect. The Bacchanalia were about human emotion and chaos free of reason. Bacchus is often depicted as being accompanied by satyrs, goat-like men with prominent erections.

Modern Pagan Celebrations of the Festival of Bacchus

Some modern pagans usually celebrate the festival of Bacchus in October, but others celebrate it in March. Carnaval is a widespread festivity in many cultures that can be traced back to the Greco-Roman period of history and the festivals of Bacchus/Dionysus.

Think of the Mardi Gras in New Orleans, for instance. Perhaps the revelers wear masks not only to enrich the festivities but also to hide their identities from the authorities!

Those who have read the Chronicles of Narnia will be familiar with the person who led the celebrations when Aslan came to help the people of Narnia. CS Lewis describes him as "a youth dressed only in fawnskin, with vine -leaves in his curly hair. His face would have been almost too pretty for a boy's if it had not looked so extremely wild." His name was Bacchus!

The festival of Bacchus can be celebrated in privacy behind closed doors with a few good friends and a few bottles of wine or at parties within the pagan community.

Offerings of honey, incense, olive oil, and fruit can be made.

Group dancing and music are essential. People from all walks of life come together to forget their social status and mundane jobs and celebrate what it means to be simply a human being.

You can go a little crazy as long as you don't attract unwelcome attention from the authorities. Putting on a play or playing games that make people put aside their dignity for a while is also a good idea. Lively discussions where people speak their minds openly and honestly are also part of the Bacchanalia.

The Roman festival of Bacchus has wild roots in notions of unconstrained human freedom and pleasure. It reminds people of their primal nature and that the trappings of society are just that – trappings. It is a celebration of life, tomfoolery, passion, pleasure, renewal, and wine.

Author, Erik Olsen, studied Anthropology in college. Erik desires to be a Viking when he grows up and has worked in Outdoor Adventure leading hikes and rafting trips. A solitary Wiccan, Erik writes about Wicca, Norse religion, and making alters. 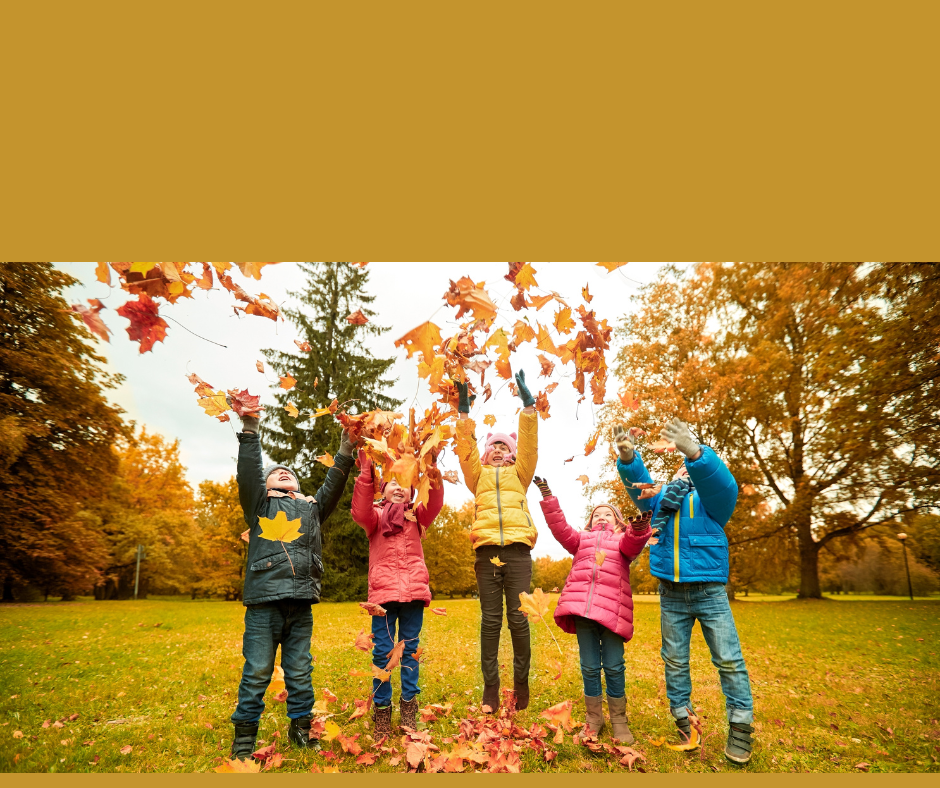 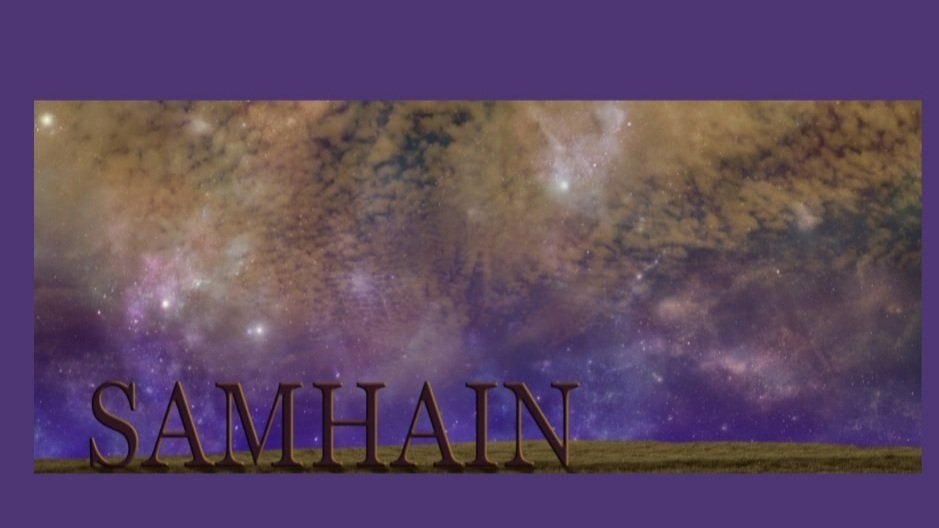 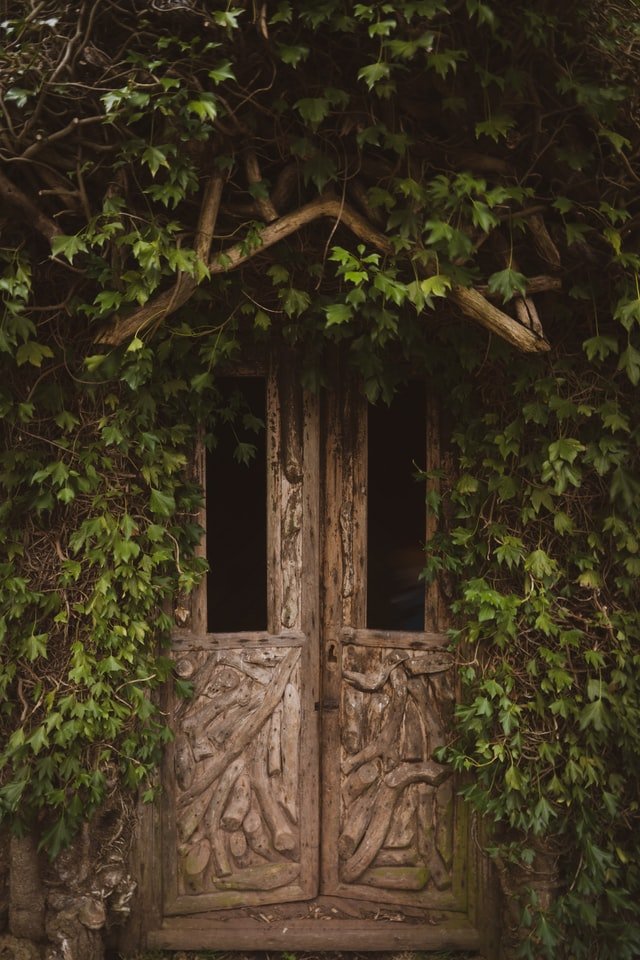 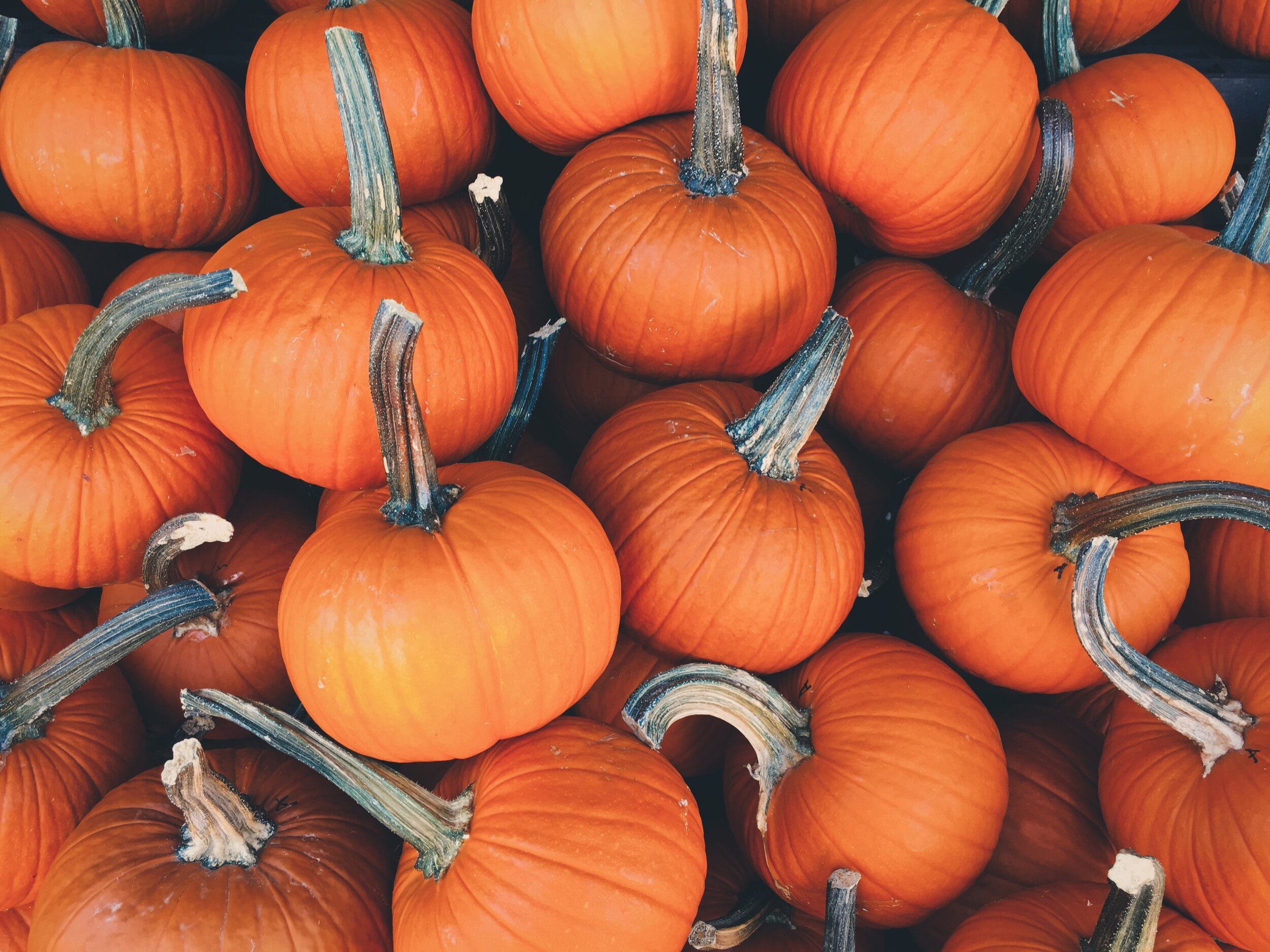 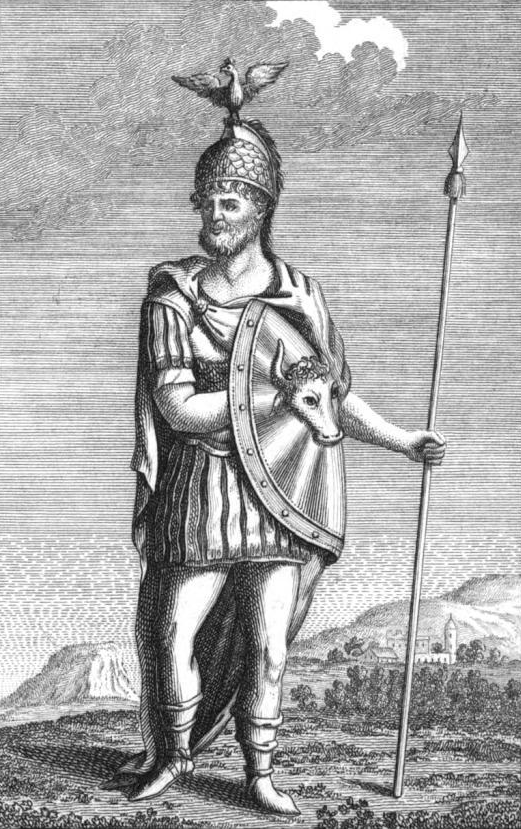 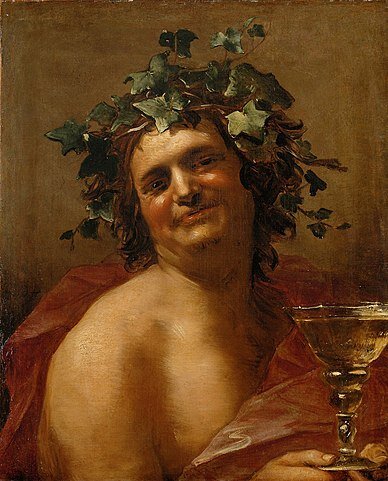 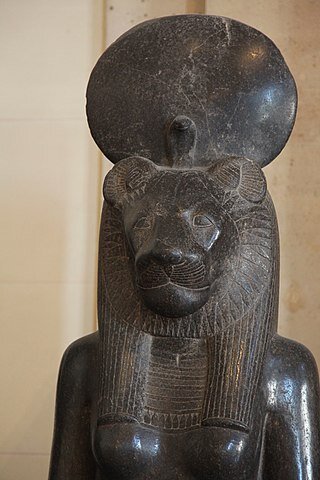 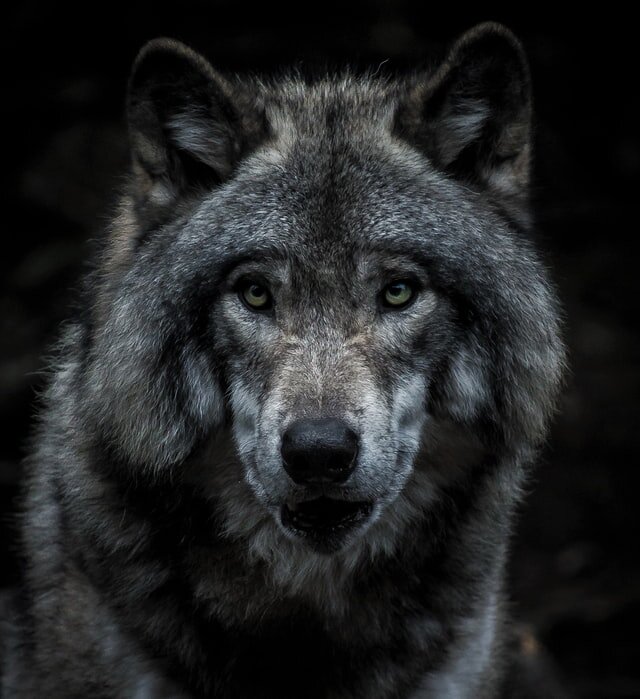 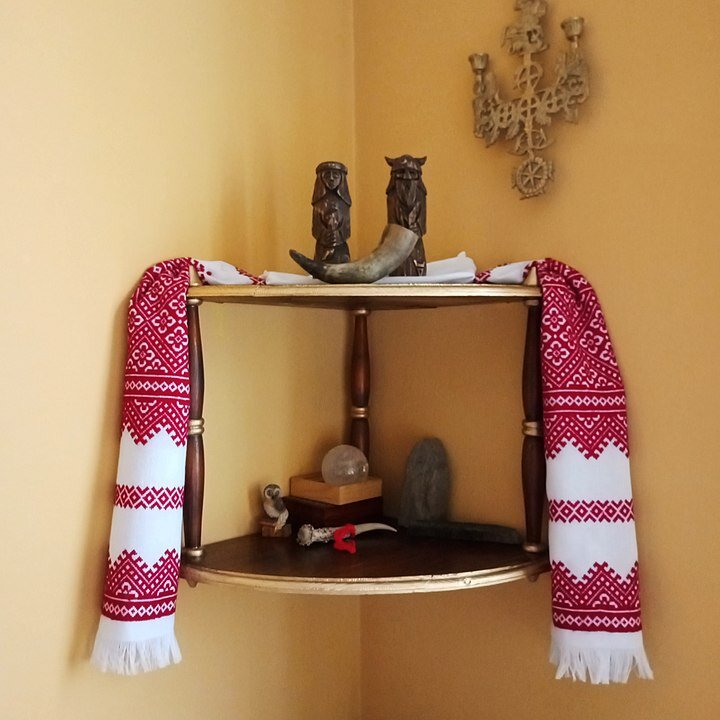